What is a cross-country running?

Cross-country running is a movement running and hiking in the field in the field of wild. It is the difference between the road running and the venue lies in that the runner is mainly running on the field of natural environment in the wild, usually, and there may be large undulations. Chinese "cross-country" usually refers to Trail Running, also known as "mountain trails" or "running mountain", which generally has a long-distance track of more than 40 kilometers in the cross-country running competition. At the same time, "cross-country run" can also be used in Chinese in Chinese, which is an international field event, usually a short track, no more than 12 kilometers, and the rule is strict than the mountain trails. .

A med-distance run in the wild natural environment. The independent competition project is also a training method that is often used in various sports. There is no fixed distance, and it is not limited by the site equipment. Each exercise or competition is selected according to the local natural environmental conditions, determines the start and end points.

The early cross-country race game is the organizer does not announce the line, distance and destination. They send people in front of the game, exudes red white paper brushes along the way, and athletes follow the paper. The running is mostly rugged, or climbed, wearing jungle, or crossing the channels, over-wood bridge, first arriving at the destination as a great victory. The method is to determine the route, distance, and date, and make a match under full preparation. Cross-country running is growing in many countries in the world. The International Tianlian specializes in the Yue Kam Race Commission, held a World Cross-country Running Championships, and the men's adult group was about 12 kilometers, and the women's group was 4 km. The score method is more than the group racing or by the organizer, there is no world record. Cross-country run not only improves the human body's durability, causing internal organs, but also cultivates brave and tenacious, sensitive, and hard work.

Compared with the bored long run on the treadmill, you can exercise more muscles, and the wild scenery is beautiful, and the mood is nature. When running in the wild, we need to go forward, avoid rugged road sections, inside the thigh, the outer muscles and hip marshal can get better exercise. In addition, you can do more exercise waist, so the effect is able to get a stronger leg, the back waist and abdomen. Generally speaking, you can first run 3-5 km, then find an open place to do high-raised legs, after kicking, etc., these exercises can help you improve the speed, improve body shape and increase strength. With a female weight of 60 kilograms, she moved over an hour to consume 2440.
The overgrown running is not only the major test of the physical and willpower, and it can also make people will be thrown away, so many urban people like to go far from the picturesque Lao Mountain. Trail running.
Today, the venue of the cross-country running is from the traditional rugged mountain road, extended to the urban or suburbs, for example, Central Park in New York, USA, is one of the popular locations of the cross-border. The big cities in the United States also tend to build more slow running districts in the suburbs to facilitate the hobby of cross-ridiculous enthusiasts, and will promote this beneficial exercise to the urban people.

Directed off-road cross-country run is actually a long-distance intermittent race (often need to stop in the way to see the picture or orientation). This run in an innocent environment can make the tension of muscles and relaxation, and the body's load and spiritual focus are constantly alternate. In this case, all participants' whole, especially the breathing and cardiovascular system will get a large exercise.
Cross-country running:


The cross-country running can exercise and shape your mind, but also to help you overcome other difficulties encountered in your life.

During the cross-country running process, you will run long distances in a high sea level, need to use techniques such as hiking, cross-country running, and must not ignore everyday training. In the mountain movement, the consumption of physical strength will be particularly fast, and it is also a test for human endurance and will. Through the basic exercise of the "special", you can exercise your belly, lungs, legs and shoulders of the mountains, especially the power of the core muscles, which makes you have more confidence in running. .

Because the mountain is there

George Mall Mallori is a great pioneer in the Himalayas climbing period. In 1924, Mali came to the British mountaineering team to go to Pearl Peak North slope. A team of reporters asked Mallori why Mallory once again climbed Everest. In order to send this reporter, stay in Mali The famous saying: "Becauseit is there (Becauseit is there," then turned down.

The benefits of crossing the wild

A wide outdoor space, especially the mountains and a small view of the mountains, is a competitive stage of many cross-country runners.

Cross-country runners can truly test their physical fitness and meet the adventure.

Master how to deal with some of the skills of some thrilling scenes. 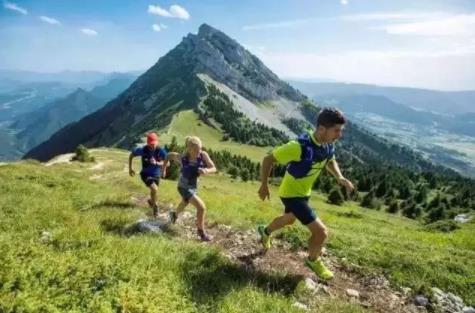 First, you have to master the terrain, climate and ultraviolet irradiation of training and match locations. These factors determine the items you need. The key is to bring everything you need, don't bring anything that you don't need.

Off-road runners should carry sufficient water and food during exercise, preferably high heat, high energy to meet the basic supplements required to be lost and injured. In motion, it is necessary to periodically hydration and eating, drink pure water and functional beverages, and the latter contains more electrolytes, salts and sugars. At the same time, energy bars and dried fruits can also be edited.

Ensure that it is not lost

Regardless of how long the mileage is traveling, always carry the steering wheel and map with you when you go out. Since the weather in the top of the mountain is always in a state of change, after a long journey, the cross-country runner is easy to lose the direction and the road, because the surrounding terrain seems to be similar. Be sure to tell relatives and friends before mountaineering, where are you going to go, how long it takes. The essential tool also includes: a breathable tape, lighter, a first aid blanket.
Share:

PREVIOUS：What security do you have to pay attention to in the Marathon and Cross-country?